The Doctor and his TARDIS?

One of our customers recently wrote to us asking why some of our product demos include URLs containing the words 'doctor' and 'tardis' and wondering what the connection was between SpiraTest and the cult BBC Show Dr. Who. This article explains all!

What is Doctor Who

If you don't know the answer this question, please stop reading and go to the BBC website and find out what you've been missing!

Why Does Inflectra have Doctor and Tardis in our Videos?

If you watch some of our product videos, you may notice that some of the URLs and other names feature characters and vehicles from both Dr. Who and its spin-off Torchwood. 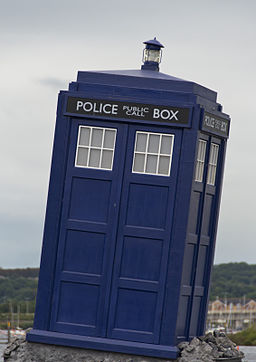 For example we have servers named Doctor, Silurian, Romana, Master, OOD and workstations named Saxon, Tardis, etc. Also many of the sample users in SpiraTeam and KronoDesk are based on names from the show (e.g. Ricky Pond = Amy Pond + Ricky Smith). We were wondering when eagle-eyed viewers would catch on!

The reason is simply that several of our early employees were Dr. Who fans (both from Britain and the USA) and we thought would be fun to name things after the show vs. InflectraServer01, which is frankly rather dull. There is a history of this, many companies have computers named after Star Trek characters, Blake7 (remember that show), Star Wars...

So hopefully that is a mystery solved...